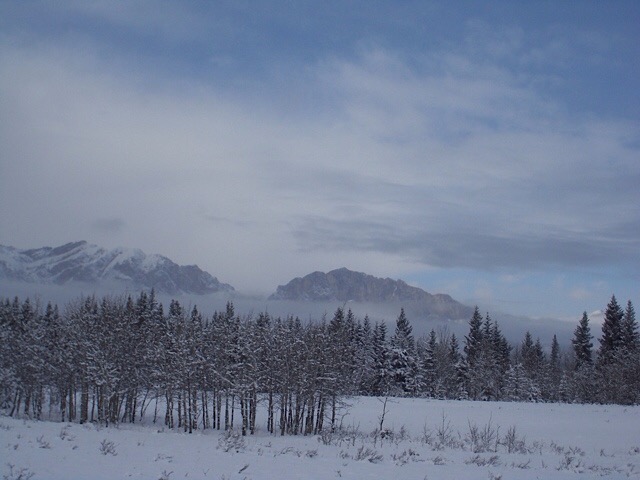 Two weeks ago, PlaidCamper was a very happy boy because it snowed overnight in Kananaskis – while he was there! OK, enough of the third person…

Normally, that is not such a noteworthy weather event, but it was probably only the first or second time this winter season that I’ve experienced snow falling while being out in the mountains…maybe I haven’t been out there enough this winter! It has been an unusual six months or more, where the highest snowfall in Calgary was back in September. At school, students were making snowmen a few weeks into the new academic year. It is not entirely unheard of to get snow in any month, being so close to the mountains, but still – snow angels in September? There hasn’t really been that much snow on the ground since then. Continual chinooks over the city and relatively light(ish) snowfall out in the eastern Rockies have made it a different winter than usual. Lots of Calgarians don’t mind the chinooks, but there have been so many this year, and I like winter being just that – winter! 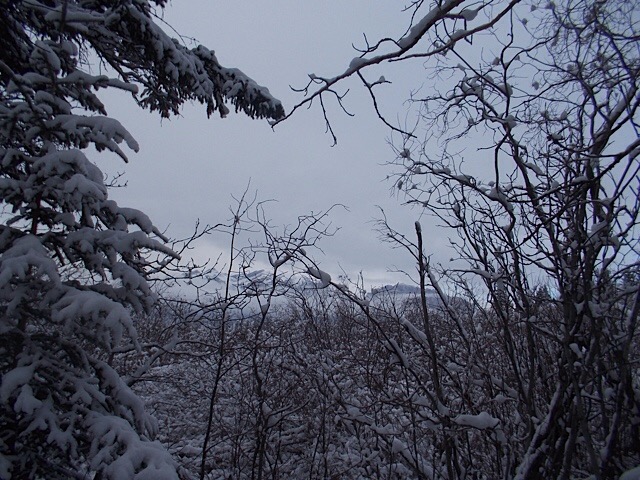 So, to be out in Kananaskis and to be hiking through deep(ish) snow, and in ongoing flurries was very pleasant. As the day progressed, the snow eased off, the clouds drifted away and the sun broke through, lighting up the landscape. Skies were the beautiful Alberta blue that I’ve come to love in the winter months. Stands of aspen that were a dramatic and moody black and white against grey skies earlier in the day, became silvery and shimmery when the bright sunlight hit them, the air so crisp and sharp that every spruce needle on each tree stood out clearly. 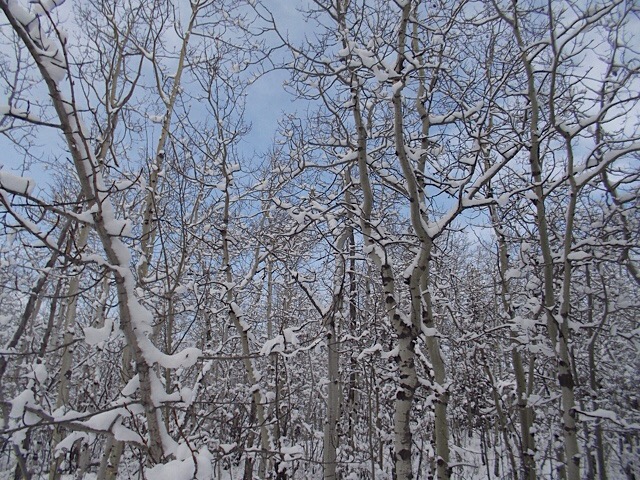 It being late winter in the front country of the Rockies, nothing could be taken for granted, and not more than an hour after the skies cleared did the clouds come rolling back in, at first providing a misty cloak for the near distant mountains, and then completely enveloping them. After that, it was back to the more sombre feel of a monochrome winter day. The sparkly and the sullen all in a short while, winter fickle as a teenager. 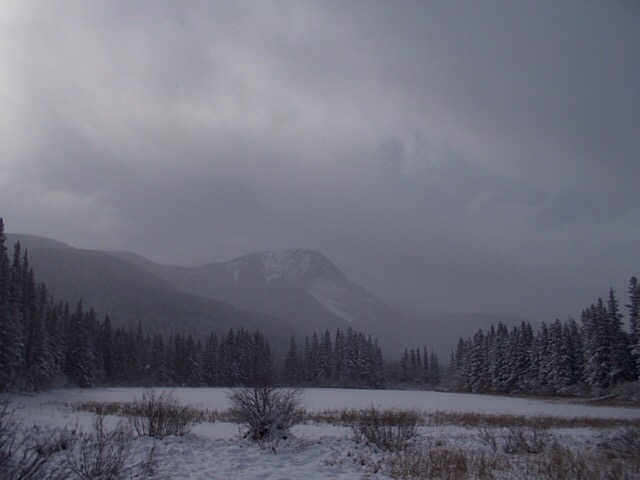 Back to the mists again – still beautiful!

There has been little snow and unseasonably warm temperatures since that walk, so it feels as if that’s it for winter this year, at least as far as snowshoeing and easier winter hiking goes. There’s still time for skiing and snowboarding up in the heights, but an early spring seems to have arrived in the foothills…unless winter has time for one or two more tantrums – here’s hoping!

Do you look forward to the end of winter? Is it a favourite season? Or is spring your thing? Feel free to share. Thanks for reading, and keep your guy ropes secure.