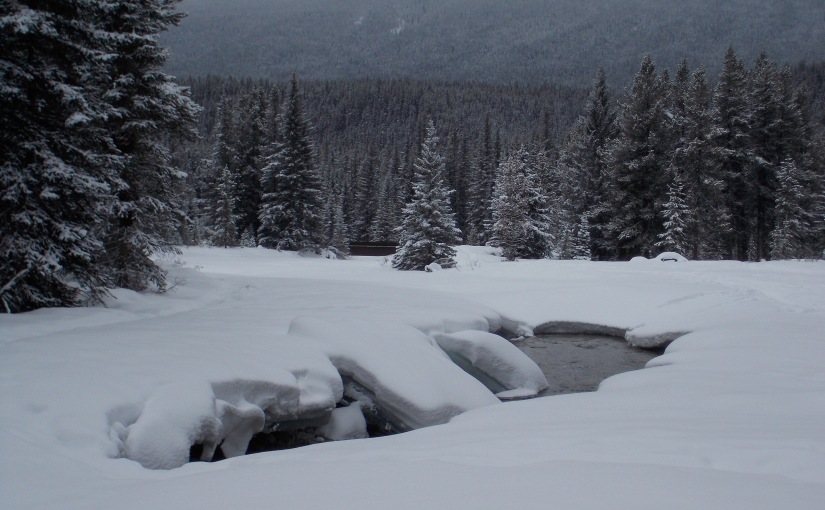 Marching towards spring? Perhaps, but there’s no rush. Still time to find some winter. 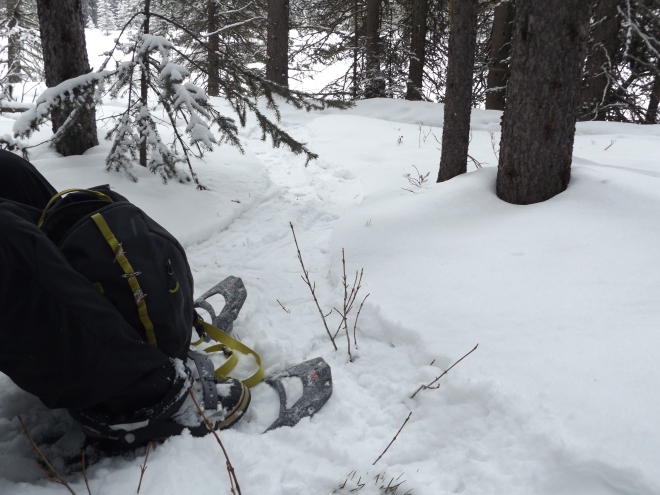 We went looking for winter last weekend, out on the banks of the Bow. We found a chill wind blowing. Deep snow, and no sign of any fellow humans out and about. Previously made snowshoe tracks were well buried under a fresh blanket of snow. To be fair, there were fresh snowshoe tracks – those of a snowshoe hare. A deer or two had evidently passed through shortly before we did, so we weren’t entirely alone. 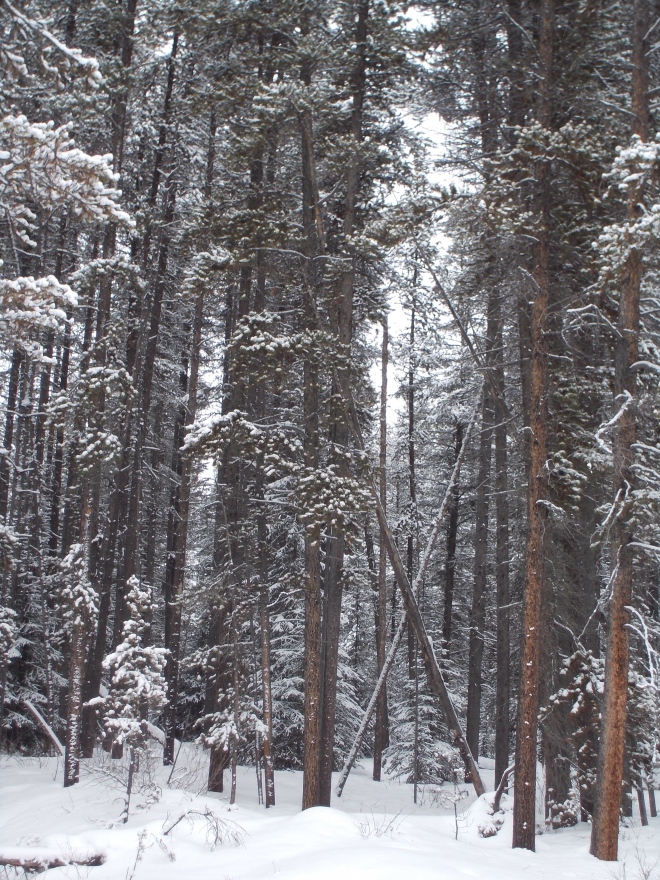 Winter had a pretty good grip on the landscape. Thin patches of filmy ice drifted down river. We stood still and silent, hoping to catch sight of the little dipper we often encounter along this particular stretch. A sudden splash alerted us to the presence of something larger, and a minute later we spotted a beaver swimming in front of the far bank.

Unimpressed with us, back view only, it hunched over and chewed on a branch in the shallows opposite. We waited for a few moments more, hoping it would turn and permit us a photograph. No, nothing doing. We began to sidle away, a slow exit stage left, when the beaver hopped up, flipped, and dove into the water. Up it popped, and off it swam, upstream. What a wonderful sight! We plodded on, cold on the outside, but warmed on the inside after the brief encounter. 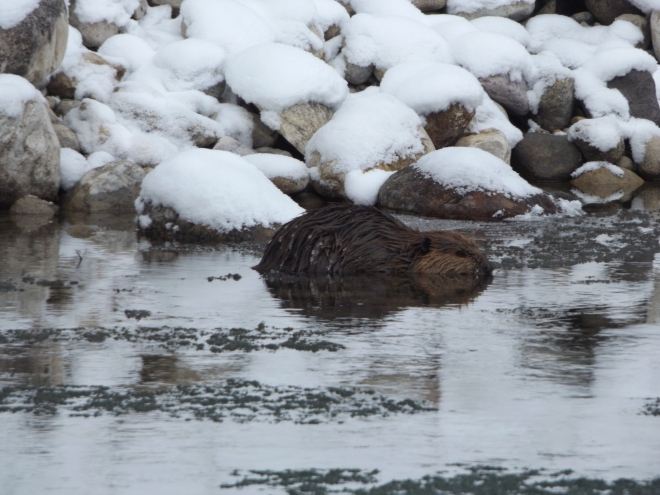 Two Steller’s jays appeared, emerging from a heavily branched pine, chattering and scolding us as we passed by. Our winged escort for quite a way, flitting from tree to tree, and branch to branch, they were sometimes hard to spot, but little puffs of snow and a flash of blue revealed them each time they took off. Eventually we left their territory, but they were a welcome sight for a while.

We half expected the jays to reappear when we stopped to eat our lunch, knowing them to be cheeky and opportune enough to dive for a crumb or two. Didn’t happen, and that was ok. Safely out of jay territory, we perched on a log in the shelter of trees, no wind, and in sight and sound of the river. Out of the wind, our break was pleasant enough.

We’d found winter, and it was in fine form. A burbling river, light snow falling, signs of life all around, and the sun beginning to emerge through breaks in the grey, this was as good a late winter March morning one could have wished for. 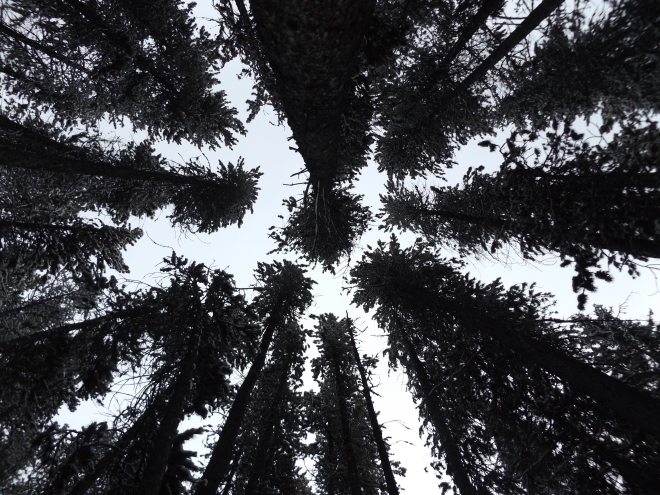 23 thoughts on “On the banks of the Bow”