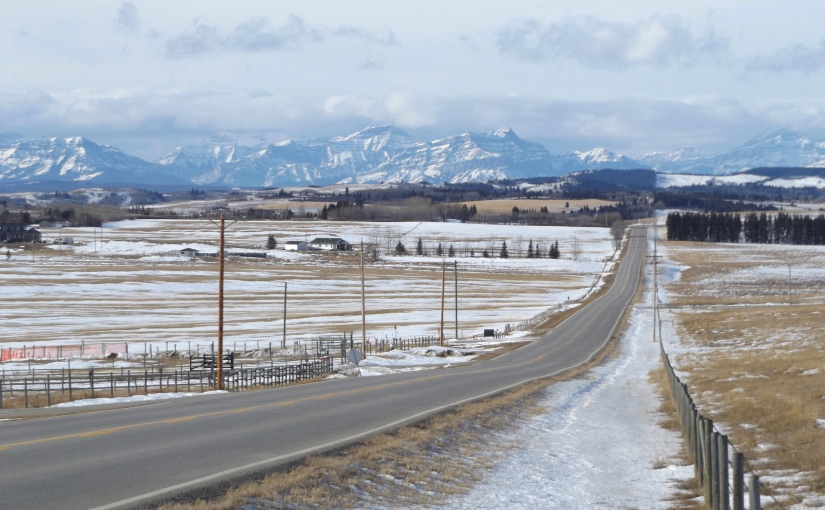 This week is written and filmed in low definition PlaidCamperScope, and I did all my own stunts. Not too sure where it is heading, rather weak on plot, but there is a happy ending.

With the ongoing grey and snowy skies, I thought I’d post photographs taken on a brighter winter day a short while ago here in Alberta. As I type this, the snow is falling once again – that’s fine by me – but it seems like we haven’t had too many of my favourite Alberta winter days, where it is about -10C and sunny. On a day like that, you can ski or hike or snowshoe for hours, admiring the sparkling air without feeling the chill. Maybe by the weekend? 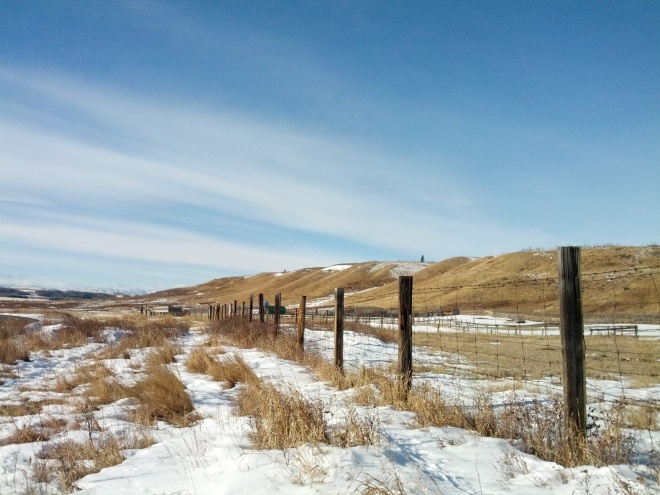 We were back at Glenbow Ranch Provincial Park, on a still day with lots of sunshine, and just before the next round of snow. Chinook winds had eaten a fair amount of the ground snow, but there were still deep pockets in the ditches and hollows, and plenty of ice to catch us unawares.

We enjoyed the widescreen views to distant mountains, and the close ups of red berries and golden grasses poking through the snow. Scout enjoyed peeing on everything she decided she wouldn’t eat. Very discerning… 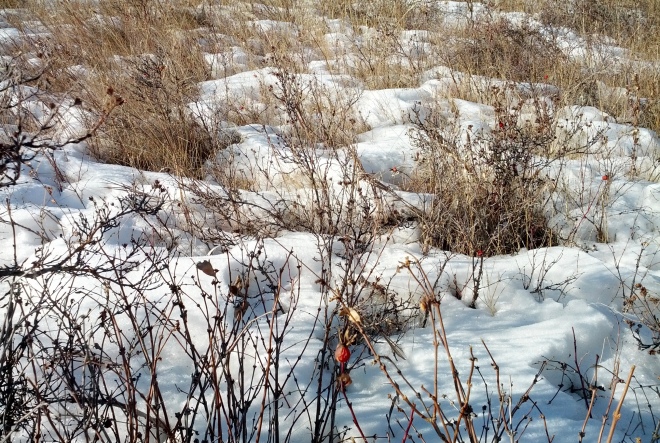 Parts of the park are in use as a working ranch, and I love the cinematic nature of the buildings, fences and tracks. If I had a low budget indie movie to make, one where mumbling Albertans play out their hardbitten dramas in a partially tamed yet still beautiful wilderness, I’d shoot it somewhere like Glenbow Ranch PP. 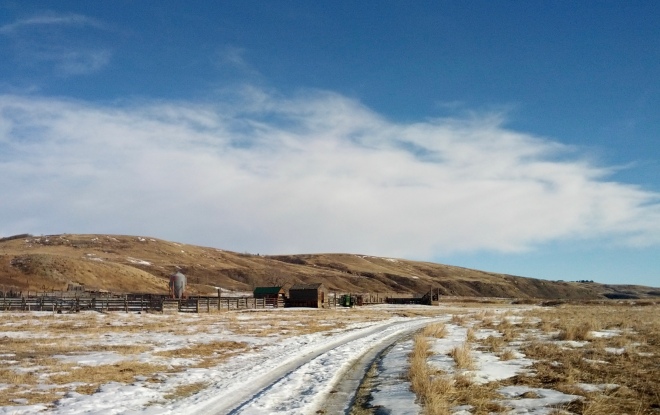 A grizzled, hardbitten yet optimistic semi-retired teacher, with the looks, but not the politics, of an older Clint Eastwood (squint and use lots of soft focus and imagination), fights heroically and stoically to convince Albertans of all stripes to diversify the economy beyond oil and gas and think about a future that doesn’t need fossil fuels. Met with disbelief, ridiculed for being too liberal and a jeep-driving hypocrite vegetarian, the laconic educator is run out of town and goes for a long walk in a provincial park, trying to think of a good ending, and wondering how well an electric car would work in a Canadian winter…

Sadly, most of my movie ideas barely fill the back of a postage stamp, and the scripts are rather brief – but they would be pretty to look at if they got made. Perhaps I should start small and very low budget – maybe I could direct a postcard? 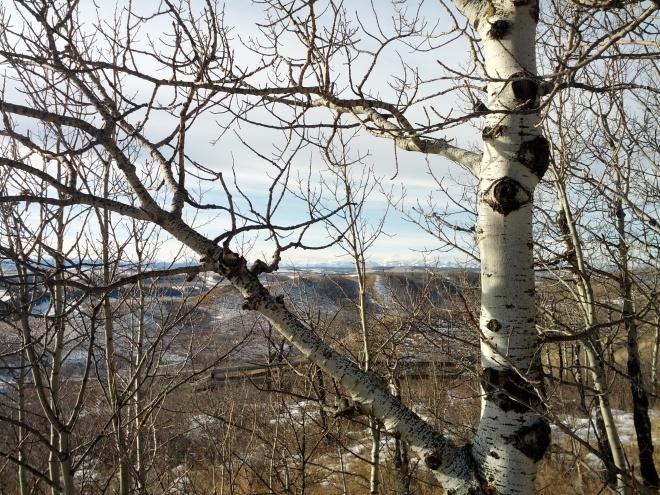 My mind does tend to wander when I’m wandering in lovely locations, and I daydream about movies and stories, ones I’ve seen, and the ones still to be told. Living out west, or anywhere scenically dramatic, will do that to you I suppose. I hope future movie location scouts will still have outdoor locations worth scouting for. Post-apocalyptic dramas seem to be all the thing just now, but let’s hope they won’t be making these as documentaries in the future. I know there are “kitchen sink” dramas as well, but wouldn’t you rather see forests, lakes, rivers, natural deserts, mountains and oceans, both onscreen and for real? It’s not often I find myself thinking “I wish I could make a movie about this” when I’m doing the dishes, or “I hope this comes to pass” when a rerun of Mad Max is on, but maybe that’s just me?

On our drive home, this road warrior took the scenic route, meaning any road that didn’t get us back into the city too soon. Grand Valley Road lived up to the name, and I had to pull over and take a couple of pictures looking west as I drove the wrong way back on the 567. I do love widescreen Alberta, but it is hard for me to capture it accurately in a photo. Still, these aren’t too bad for a cameraphone, a bit grainy – think 1970s 70mm film stock (I love the look of movies made then) – but they are ready for any of us to project a story onto. Cut! And that’s a wrap. Thanks for reading, and I hope you have a wonderful weekend full of new outdoor tales and cinematic adventures!

The happy ending? Oh, ok, here she is. Upstaged by a canine co-star. Flounces off to his trailer…

14 thoughts on “Alberta in widescreen”